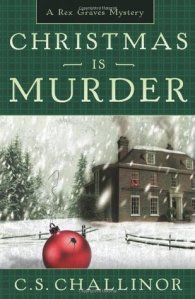 Not even a blizzard can keep Rex Graves away from Swanmere Manor, a secluded Victorian hotel in the English countryside owned by the eccentric Dahlia Smithings. But instead of Christmas cheer, the Scottish barrister finds a dead guest. Was it a stroke that killed old Mr. Lawdry? Or an almond tart laced with poison?

When more guests die, all hopes for a jolly holiday are dashed. Snowbound and terrified, no one can escape the cold-blooded killer. Rex takes it upon himself to unravel the mystery. A biography of President George W. Bush found charred in the fireplace might offer a few clues. Could the killer be the sherry-swilling handyman? The gay antiques dealer with the biting wit? The quarreling newlyweds? Surely it’s not Helen D’Arcy, the lovely lass Rex seems to be falling for… 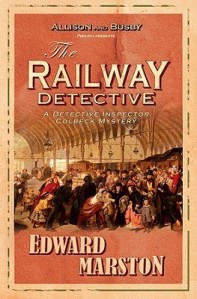 Horses and ships have their place in the scheme of things but they were not enough to defeat the steam locomotive.

These Old Shades
by Georgette Heyer
Series: Alistair-Audley, Book 1
Genre: Historical Romance (France and England during reign of King Louis XV)
Published by Sourcebooks, 2009 (originally published 1926)
E-book, Purchased
400 pages
Grade: C-
Synopsis: Justin Alastair, Duke of Avon, is called ‘Satanas’ by enemy and friend alike. In the aristocratic circles of London and Louis XV’s he has a reputation as a debauched rake.

Late one evening, the Duke stumbles across Leon, a red headed urchin fleeing a certain beating at his brother’s hands. On a whim, Avon buys the boy and makes him his page. But it soon becomes clear that Leon is not what he seems…

When the grubby Leon turns out to be the enchanting Leonie, the Duke is not prepared for the breathtaking transformation or the tender emotions she awakens in him, or the unconditional love she has for the man who saved her.

“This,’ she told herself, ‘is not very nice, I think. Monseigneur has gone away, and I could never find him in this great, horrible London. That Fanny is a fool, I think. Or perhaps she is mad, as she said,’ Leonie paused to consider the point, ‘Well, perhaps she is is just English….”

“She is twenty, my dear, or near it. ‘Twould be charming! She will always think him wonderful, and she’ll not mind his morals, for she’s none herself; and he — oh, he will be the strictest husband in town, and the most delightful. She will always be his infant, I dare swear, and he ‘Monseigneur.’ I am determined he shall wed her. Now what do you say?”

I’m participating in the following reading challenges for this book:

A set of three short reviews of three Christmas novellas.

A Kiss for Midwinter
by Courtney Milan
Series: Brothers Sinister, #1.5
Genre: Historical Romance (Victorian England)
Published by Courtney Milan, 2012
E-book, Purchased
121 pages
Grade: B+
Synopsis: Miss Lydia Charingford is always cheerful, and never more so than at Christmas time. But no matter how hard she smiles, she can’t forget the youthful mistake that could have ruined her reputation. Even though the worst of her indiscretion was kept secret, one other person knows the truth of those dark days: the sarcastic Doctor Jonas Grantham. She wants nothing to do with him…or the butterflies that take flight in her stomach every time he looks her way.

Jonas Grantham has a secret, too: He’s been in love with Lydia for more than a year. This winter, he’s determined to conquer her dislike and win her for his own. It all starts with a wager and a kiss…

The Night Before Christmas
by Kelly Hunter
Series: The West Family prequel novella
Genre:  Contemporary Romance
Published by Harlequin Kiss, 2013
E-book, Purchased
51 pages
Grade: C-
Synopsis: Hardworking and independent Jess Turner has come home from the bustle of Sydney to enjoy a quiet Christmas. But after running into an old school friend, she finds herself talked into attending a lavish Christmas Eve party—and running straight into the only man to ever break her heart.

Rebel with a heart Boyd Webber thrives on the adrenaline rush of riding motorbikes for a living, but giving into love has never been a risk worth taking. Until he sees Jess again…

“A Gift of Light”
by Jo Beverley
Series: None
Genre: Historical Romance (Regency England)
One of three short stories in Mistletoe Kisses and Yuletide Joy, 2013 (originally published 1996 in The Christmas Cat)
E-book, Purchased
about 60 pages
Grade: B
Synopsis: Miss Kitty Mayhew is spending the first Christmas since her parents’ deaths quietly, but she ventures out to find the owner of a raucous tom that is keeping her awake with his caterwauling serenades to her own cat. When she encounters a half-dressed manservant she’s shaken, especially as he’s impudent and far too handsome for his own good. When she learns he’s the Earl of Felstowe hiding from Christmas revelries she knows she’s bitten off more than she can chew. But the earl is now in determined pursuit of her.

What worked for me:

Have you read any of these stories? How did you like them?

Another new author! It’s been so much fun reading all these new authors. I’m taking part in the New Author Challenge 2013 hosted by the Literary Escapism blog.

Synopsis: Three years ago, Morgan Bailey narrowly survived a vampire attack that left her with heightened senses, uncanny speed, and a new calling: supernatural bounty hunter. Since that day, sexy, street-smart Morgan hasn’t met a vampire she couldn’t dust or a demon she couldn’t kill—until she’s hired to hunt down a priceless amulet and the sunwalker who stole it. Sunwalkers—powerful vampires immune to sunlight—are notoriously difficult to find, let alone kill. Still, a job’s a job, and Morgan’s never been one to shy away from a challenge. So bring it on…right?

But the sunwalker ends up tracking her down. And not only that, he turns out to be cunning, charming—and undeniably gorgeous. Nevertheless, she can’t ignore the destruction he is capable of: the sunwalker possesses an ancient secret which, if unleashed, could destroy the human world.

This was a forgettable book for me. There was a strange love triangle in the book, but one of the persons bows out during the course of the book. Morgan has been working with the supernatural world for about three years ever since she was attacked by a vampire and lived and didn’t turn into a vampire. She’s thought to be the only person who didn’t die or turn into a vampire after an attack like hers. Before that she didn’t know a supernatural world exists, but now she works for Kabita Jones who is also her best friend and a natural-born witch. Morgan is now a vampire hunter and also helps hunt down other dangerous supernatural creatures.

I never got much of a sense of who the characters were. There’s a mystery of sorts in the book, but it was so obvious I was sure there must be some twists to it. But no what was obvious was the solution. I only read the book a few days ago, but I’m already having problems remembering anything specific about it.

I did enjoy the setting of the book–Portland, Oregon. I lived there for awhile many years ago and it was fun to read about places I remember.

More books are already available in this series.

This is another new author I’ve read this year and as such is part of my New Author Challenge 2013 hosted by the Literary Escapism blog. 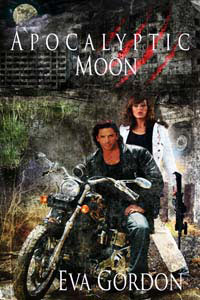 Synopsis: Dr. Dora Adler’s life has been in disarray since the beginning of the zombie apocalypse, but when she gets bitten by one of the undead her whole world is turned upside down. Held captive in a secret underground lab, the tall, muscular hunk in the next cell is her only hope for salvation. Unfortunately, he claims to be a werewolf. Yeah, and she’s supposedly a witch.

Dirk Gunderson is an alpha Arbor pack werewolf. Captured and collared, he’s sold to the zombie lab in hopes his blood serum can create a vaccine. He needs to escape, but not without the hot little brunette witch.

In the midst of enemy werewolves and the hordes of undead, Dirk and Dora’s sexual tension ignites a blaze hotter than the desert highway. Along their journey, they battle the inevitable: a werewolf must never take a witch as a mate.

I haven’t read any zombie books before and haven’t watched any zombie TV programs either. Zombies generally don’t interest me in urban fantasy. However, one book I read had a zombie character who was actually a love interest in the book! (Nightshifted by Cassie Alexander…I liked that book a lot, but the book wasn’t about zombies. They are just another paranormal character in the book. In this book the zombies are definitely not love interests…they’re mindless monsters who just want to bite, kill and eat people.

In Apocalyptic Moon a zombie apocalypse has occurred. Dr. Dora Adler speculates the disease was created and released by someone, but that isn’t resolved in this first book. People who are exposed to the zombie virus soon become zombies and this is happening all over the world. Governments have broken down and rumors abound about what has happened to government officials.

Dora works in a hospital and on her 27th birthday she gets bitten by a zombie patient. Dora isn’t very surprised this happens because the women in her family die right around their 27th birthday. She’s been expecting something to happen.

Anyone bitten by a zombie is whisked away to an underground laboratory from which they are never seen again. This happens to Dora and she waits to become a zombie and die, but it never happens to her. She survives and though she’s a doctor she is experimented on again and again…left to be bitten by zombies over and over again with her blood used to see if it is an antidote. She survives, but her blood doesn’t help anyone else.

Dora is just biding her time waiting to escape. If the people experimenting on her had approached her as a doctor and scientist she would have helped them, but instead she’s just another test subject. The head of the lab is a little crazy so she knows she has to escape or  she’s going to die one way or another. Then Dirk Gunderson arrives at the underground lab. He’s in chains and put into the cell next to her. He turns out to be a werewolf and tells her she’s a witch.

They both escape and the rest of the book is their attempt to make it through the zombie hoards, rescue Dora’s brother and niece and get safety at Dirk’s werewolf pack. Dirk and Dora are attracted to each other, but apparently werewolves and witches are a bad combination for anything serious. They still have sex on a number of occasions which just seemed strange in the middle of this apocalyptic zombie event. Mankind is being wiped out…but they still find the time and a safe place for sex?

Quite a few things didn’t work for me in this book. The world building wasn’t very complex and many things aren’t explained (though this may change in other books in the series). What really didn’t work for me was the romance. It read like many werewolf mate books with the zombies added in to make it a little different since they’re popular right now. I don’t like zombies so this book wasn’t my favorite!