Top Ten Tuesday was created by The Broke and the Bookish in June of 2010 and was moved to That Artsy Reader Girl in January of 2018. It was born of a love of lists, a love of books, and a desire to bring bookish friends together.

This week the topic is Books that take place in another country. I haven’t done a Top Ten Tuesday topic for quite awhile, but this topic inspired me since reading books set in other places is one reason I love to read. When I looked at my reading lists back to 2012 however, I discovered that I don’t read too many books set outside the United States. And the ones I do read are often set in the United Kingdom or Canada. I do have some books I want to read set in other places (Africa, Asia, Europe), but haven’t read them yet. I’ve included one historical fantasy that was set in Russia. The rest are mysteries.

As I finished up this post I see that I had a Top Ten Tuesday post from 2016–Books set outside the U.S.— which has some of the same books. However, I didn’t write about those books (and I spent quite a bit of time on this!!) so I’m going to post it…lol.

I have broken out the books which take place in Great Britain into England, Scotland and Wales. In many ways they feel like separate countries! However, I think I wanted to pretend to myself that I have a more diverse reading experience than I do!

A Rising Man by Abir Mukherjee

This is a book I’m listening to set in Calcutta, India in 1919. It’s a mystery about an English police officer who comes to Calcutta to join the police force there. India was under British rule at the time so the British are in charge of the government, but there are Indians who are part of the police force. India is shown here with Indians working with the British government as well as Indians who are working for India’s independence. The British are mostly a self-satisfied lot who’ve brought civilization to the savages. I’m really enjoying the book and am nearly finished.

This series mostly takes place in Norfolk, England. Ruth is a forensic archaeologist and college professor who sometimes consults with the police. I’ve read eight books in this series so far and love them all. The tenth book comes out this spring.

I read quite a few police procedurals set in England, but probably my favorite police procedural series set in England is the Duncan Kincaid and Gemma James series set mostly in London though Duncan and Gemma sometimes travel outside of London and at least once I can think of there’s a mystery set in Scotland. I’ve read all the books written so far in this series, have reviewed most of them and love them all.

This series takes place in the Shetland Islands of Scotland. I read Raven Black quite a while ago, but read White Nights this year. I enjoy this series a lot and have the third book in the series to read soon.

This series is set in southwest Scotland near Galloway. DI Marjory Fleming and her team of detectives are very good characters to read about. They don’t always have it easy and her subordinates and superiors don’t always like Marjory, but she’s a very interesting character. My favorite book in the series is the first book–Cold in the Earth. Very good! However, I’m bogged down in the sixth book in the series at the moment. I’m going to finish it soon though and I think I will end up liking it. 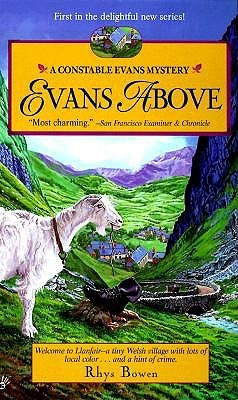 This series takes place in Wales which in these books seems like a different country from England. The Welsh characters all speak Welsh–especially when they are around any English visitors! This is quite a lighthearted police procedural series. I’ve read the first two books in the series and am really enjoying them.

These take place in Quebec, Canada. It certainly feels very foreign to me since the main character is part of the French Canadian part of Canada. Though Chief Inspector Armand Gamache speaks excellent English he is most definitely part of the French Canadian community. I’m really enjoying these books and recently read books 6 and 7–Bury Your Dead and A Trick of the Light.

These books take place in British Columbia, Canada. I’ve loved all that I’ve read (six of the eight books) and hope Ms. Delany writes some more. The last book was written in 2016 and Ms. Delany is currently writing several other series. I like this series best and do hope she will continue.

I’ve read the first two books in this series and have the third book to read very soon! This mystery series is very suspenseful. I don’t usually like books which are too suspenseful, but I’ve made an exception for these. They’re set in the wilderness of northern Canada in a village which is “off-the-map”–which helps add to the suspense. 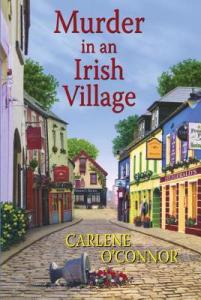 Murder in an Irish Village by Carlene O’Connor

Set in a small village in County Cork, Ireland. I really enjoyed this book and have the second book so I need to read it soon!

The Bear and the Nightingale by Katherine Arden

This is a historical fantasy which set in a fantasy Russia. The book is told like a fairy tale and was really enjoyable. The second book in the series came out in January 2018 and I hope to read it this year.

I read this book in 2017. It’s a prequel to the series which is set in Reykjavik, Iceland. Not all the books are translated into English, but a few are and I’m hoping to read more about Inspector Erlendur.

What books do you like which take place in a different country?

2 thoughts on “Books that take place in another country”