A series I’ve enjoyed so much has come to an end because of the death of the author. Called A Very English Mystery series they were written by Elizabeth Edmondson. The last book in the series was finished by her son–Anselm Audley–when she died suddenly in 2016.

The series has ended with three books and a novella. All of them good.

A Question of Inheritance, book 2–I reviewed the book in 2017 and gave it a B+ 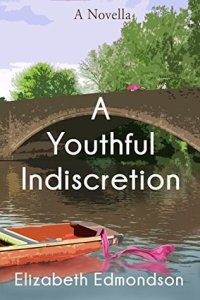 1953, and Freya Wryton is determined to discover the truth of murdered Lord Selchester’s youthful passion for the mysterious Marie Louise.

Her family and his colleagues want her late uncle’s secrets to go to the grave with him, but intelligence officer Hugo Hawksworth is as curious as Freya about what happened between Lord Selchester and Marie Louise in that golden Oxford summer before the first world war.

The stakes are high, since Marie Louise’s life and death hold the key to the great Selchester inheritance: fortune, castle and title.

This was very short (only 60 pages) and if I hadn’t read any of the other books I would have been lost. I knew most of the information in the book since I read the three books and then found the novella and read it last. The book did explain a few things a little more. However, it wasn’t necessary to read this to understand what had happened–though I did enjoy revisiting Selchester, the Castle, Hugo, Freya and Georgia again!

A Matter of Loyalty, book 3–this book was started by Ms. Edmondson and finished by her son who is also an author.

January 1954. Mists cover the hills around Selchester. Someone at the research facility known as the Atomic is leaking secrets to Soviet Russia, and when nuclear scientist Bruno Rothesay goes missing, the British Intelligence Services are convinced he’s the mole. Hugo Hawksworth isn’t so sure. Then a body turns up, and Hugo’s instincts are proven correct. But if Rothesay wasn’t selling secrets to the Soviets, who is?

As Hugo digs deeper into buried connections and unlikely coincidences, he knows there’s more to this case than his London superiors believe. But following his instincts will pit him against the Establishment—and tangle him once again in the poisonous legacy of the late Lord Selchester.

As he closes in on the truth, Hugo finds himself confronted by an adversary who will stop at nothing, in a case that will prove the most personal of his career.

This series takes place in rural England in 1953 to 1954 at a top-secret government complex. The main character is Hugo Hawksworth an agent wounded on a mission and now confined to desk duty. His job is to search for sleeper Soviet agents after two British agents defected to the Soviet Union. I like how the author has used history in this series since two British agents–Guy Burgess and Donald Duart Maclean–really did defect in 1951. Burgess and Maclean were part of the Cambridge Spy Ring (young men recruited when they were at students at Cambridge in the 1930s). Kim Philby is probably the most famous double agent in this spy ring. He defected to the Soviet Union in 1963.

In the third book a British scientist working on the atomic bomb for the British has disappeared and the British government is worried he also defected to Russia. Hugo has to work with an Inspector Jarrett from the Special Branch as they search for clues about the missing British scientist. Inspector Jarrett is a very impatient man, is suspicious of everyone and once his mind is made up he doesn’t want to change. He’s difficult to work with since he thinks everyone else working on the case is incompetent. Jarrett and everyone else except Hugo are content to take the easy answer even if an innocent man hangs.

I really enjoy Hugo’s sister Georgia. She’s a teenager and Hugo is her guardian since their parents were both killed during WWII. Georgia is precocious and curious which sometimes gets her into trouble. The author does a good job portraying the insecurities Georgia has from her parents dying as well as Georgia having been trapped in the same bombed building that killed her mother. Even though she’s insecure sometimes she tries to show self-confidence and does show lots of bravery. I also like the local Selchester people including those living and working at the castle–especially Freya (the late Lord Selchester’s niece) and Mrs. Partridge (the housekeeper).  The covers of all four books are very well done, too.

This is a good mystery plus the characters are well-drawn in this series. Elizabeth Edmondson had planned to write more books in this series. However, this is the last one and her son does a pretty good job of wrapping up the series.

Have you read any of the books in this series?

A Matter of Loyalty fulfills the rules for the Cloak and Dagger Reading Challenge and I will add a link for this book to the Challenge site.