I haven’t read many books this month. I’ve had other things to do plus my eyes are bothering me. Allergies, I think. 😦

I’m reading a physical copy of this book from the library and don’t always have the book with me so it’s taking awhile to finish the book. I have a Kindle book I’m also reading that I take with me when I’m away from the house!

I’m in the middle of this book and I’m enjoying it. I like how this alternate history parallels our history, but puts its own spin on the history. For example, Napoleon is imprisoned on the Moon and that’s where he escapes from!

Arabella and the Battle of Venus by David D. Levine

This is a debut book and one I’m enjoying a lot. This is also a library book, but I got it as an ebook from the library. So I’m reading it on my Kindle and hope to finish it before long.

Among the Dead by J.R. Backlund

Former North Carolina State Bureau of Investigation agent Rachel Carver blames herself for the collateral death of an innocent woman in her last case. Unable to accept her superior’s attempts to cover up the incident, she turned in her badge. But when a former partner asks her to consult on a new murder case, she reluctantly agrees, traveling to a small, remote mountain community, where she’s tasked with leading a group of inexperienced detectives on a hunt for the killer. 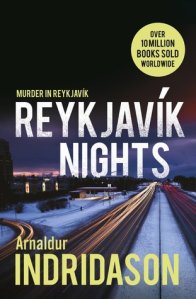 I’m enjoying reading about a police officer in Iceland. I haven’t really connected with Erlendur, but I hope I can find more books and that he comes alive in future books.

Erlendur has recently joined the police force as a young officer and immediately sinks into the darkness of Reykjavik’s underworld. Working nights, he discovers the city is full of car crashes, robberies, drinkers and fighters. And sometimes an unexplained death.

A homeless man Erlendur knows is found drowned. But few people care. Or when a young woman on her way home from a club vanishes. Both cases go cold.

Two lost people from two different worlds. Erlendur is not an investigator, but his instincts tell him their fates are worth pursuing. How could they be linked?

Science fiction, space opera and a mystery! It’s also a military science fiction, but rather light on the military aspects. I liked it nonetheless. And I already have the second book and hope to read it before too long.

The Cold Between by Elizabeth Bonesteel

When her crewmate Danny is murdered on the colony of Volhynia, Central Corps engineer Commander Elena Shaw is shocked to learn the main suspect is her lover, Treiko Zajec. She knows Trey is innocent—he was with her when Danny was killed. So who is the real killer and why are the cops framing an innocent man?

I liked this book, too, and look forward to reading the second book in the series. There were quite a few characters so it was a little hard to keep track of all the characters during the narration. That wasn’t helped by the fact that it took me about three weeks to listen to the whole book!

The Keiko is a ship of smugglers, soldiers of fortune and adventurers, travelling Earth’s colony planets searching for the next job. And nobody talks about their past.

I hope to start Mrs. Fletcher when I finish Among the Dead. It should be a good change of pace. I’ve read lots of good things about this book so I hope I’ll enjoy it.

Meanwhile, miles away at the state college, Eve’s son Brendan—a jock and aspiring frat boy—discovers that his new campus isn’t nearly as welcoming to his hard-partying lifestyle as he had imagined. Only a few weeks into his freshman year, Brendan is floundering in a college environment that challenges his white-dude privilege and shames him for his outmoded, chauvinistic ideas of sex. As the New England autumn turns cold, both mother and son find themselves enmeshed in morally fraught situations that come to a head on one fateful November night.

Sharp, witty, and provocative, Mrs. Fletcher is a timeless examination of sexuality, identity, parenthood, and the big clarifying mistakes people can make when they’re no longer sure of who they are or where they belong.

This is one of my favorite series so I’m happy to have this book to read. I want to read it soon!

A Dragon of a Different Color by Rachel Aaron

To save his family from his tyrannical mother, Julius had to step on a lot of tails. That doesn’t win a Nice Dragon many friends, but just when he thinks he’s starting to make progress, a new threat arrives.

Turns out, things can get worse. Heartstriker hasn’t begun to pay for its secrets, and the dragons of China are here to collect. When the Golden Emperor demands his surrender, Julius will have to choose between loyalty to the sister who’s always watched over him and preserving the clan he gave everything to protect.

What books are you looking forward to reading? What have you read? And what are you reading now?