Kimberly hosts the Sunday Post each week. I like to take part because it gives me an opportunity to look back at last week and forward to next week in both my personal life and my blog and book life! I also love to see what other people are doing and what books everyone is reading.

The forecast is for 90+ degrees all next week and just down into the 70’s at night. Add in humidity and the temps feel like they’re above 100. My forecast app on my phone has shown it actually getting to 100 degrees one day this next week.

My daughter took part in a triathlon a week ago. It was a 90+ day, but they started out in the morning so it wasn’t too bad though I got hot sitting in the shade watching and waiting! She also adopted a rescue dog during June so now she has two dogs–a yellow lab and a black lab. The dogs are getting along very well and love playing tug-of-war with each other! Juneau, the yellow lab and new dog, loves to retrieve and is blazing fast when she runs. The dogs are having a great time when they come to visit us since our huge backyard is fenced now.

We’ve visited the botanical gardens a few times so far this summer. Nice to see what’s blooming plus they have a great cafe for lunch! The Japanese beetles are terrible here this summer even at the botanical gardens. 😦 We have a huge tree that must have thousands of beetles in it. I can see the beetles flying around the tree and in the tree all day long. They are eating lots of leaves, but the tree has lots of leaves and the beetles usually are only out for about a month so hopefully the tree won’t lose too many leaves. There isn’t a lot to do about Japanese beetles in this country especially not for big plants like trees. The main thing if you don’t want them in your yard is to not plant what they like–however, they like lots of plants…lol. One of their favorite plants is roses and I love roses. I haven’t planted any roses here in our new yard and am debating whether to plant any. Japanese beetles are a really awful invasive species which first showed up in the eastern U.S. in the early part of the twentieth century. They have slowly made their way westward through the years. I don’t think they are to the west coast yet…probably just a matter of time.

Crowned and Dangerous by Rhys Bowen

Luck and Judgement by Peter Grainger

What I’ve read so far during July

As the Crow Flies by Damien Boyd

A Question of Inheritance by Elizabeth Edmondson

The Black Wolves of Boston by Wen Spencer

Some books I got recently

Murder Between the Lines by Radha Vatsal

Remnants of Trust by Elizabeth Bonesteel

Booked to Die by John Dunning

Interesting on the Internet

Every week until August 16 two young adult audiobooks are free to download. These books are young adult titles so if that’s your favorite genre check them out.

The Dorito Effect by Mark Schatzker | Read by Chris Patton

Mark Schatzker shows us how our approach to the nation’s number one public health crisis has gotten it wrong. The epidemics of obesity, heart disease, and diabetes are not tied to the overabundance of fat or carbs. Instead, we have been led astray by the growing divide between flavor – the tastes we crave – and the underlying nutrition. Since the late 1940s, we have been slowly leeching flavor out of the food we grow. Simultaneously, we have taken great leaps forward in technology, allowing us to produce in the lab the very flavors that are being lost on the farm. Thanks to this largely invisible epidemic, seemingly healthy food is becoming more like junk food: highly craveable but nutritionally empty. We have unknowingly interfered with an ancient chemical language -flavor – that evolved to guide our nutrition, not destroy it. 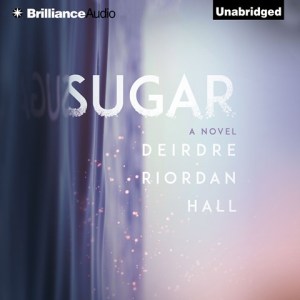 Sugar Legowski-Gracia wasn’t always fat, but fat is what she is now at age seventeen. Not as fat as her mama, who is so big she hasn’t gotten out of bed in months. Not as heavy as her brother, Skunk, who has more meanness in him than fat, which is saying something. But she’s large enough to be the object of ridicule wherever she is: at the grocery store, walking down the street, at school. Sugar’s life is dictated by taking care of Mama in their run-down home—cooking, shopping, and, well, eating. A lot of eating, which Sugar hates as much as she loves. When Sugar meets Even (not Evan—his nearly illiterate father misspelled his name on the birth certificate), she has the new experience of someone seeing her and not her body. As their unlikely friendship builds, Sugar allows herself to think about the future for the first time, a future not weighed down by her body or her mother. Soon Sugar will have to decide whether to become the girl that Even helps her see within herself or to sink into the darkness of the skin-deep role her family and her life have created for her.

In the blink of an eye, everyone disappears. Gone. Except for the young. There are teens, but not one single adult. Just as suddenly, there are no phones, no internet, no television. No way to get help. And no way to figure out what’s happened. Hunger threatens. Bullies rule. A sinister creature lurks. Animals are mutating. And the teens themselves are changing, developing new talents—unimaginable, dangerous, deadly powers—that grow stronger by the day. It’s a terrifying new world. Sides are being chosen, a fight is shaping up. Townies against rich kids. Bullies against the weak. Powerful against powerless. And time is running out: on your birthday, you disappear just like everyone else . . .

Michael Grant’s Gone has been praised for its compelling storytelling, multidimensional characters, and multiple points of view. 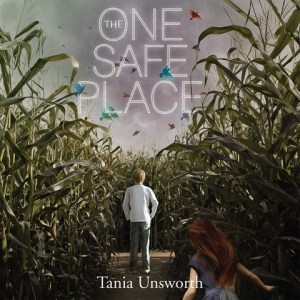 The One Safe Place by Tania Unsworth | Read by Mark Turetsky

Devin doesn’t remember life before the world got hot; he has grown up farming the scorched earth with his grandfather in their remote valley. When his grandfather dies, Devin heads for the city. Once there, among the stark glass buildings, he finds scores of children, just like him, living alone on the streets. They tell him rumors of a place for abandoned children, with unlimited food and toys and the hope of finding a new family. But only the luckiest get there.

An act of kindness earns Devin an invitation to the home, but it’s soon clear that it’s no paradise. As Devin investigates the intimidating administrator and the zombie-like sickness that afflicts some children, he discovers the home’s horrific true mission. The only real hope is escape, but the place is as secure as a fortress.

Fans of dystopian fiction and spine-chilling adventure will devour The One Safe Place; its haunting themes will resonate long after readers have turned the final page.

What did you do during the last month? What did you read? What books did you collect? What are you planning for the rest of the summer? Any of you in the path of the eclipse in August?