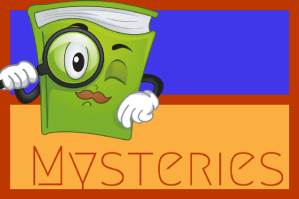 This year I’m trying something different with the books I read. I’m not going to do a separate review for every book I read. I need to shake-up my blog a bit and this is one way I’ve decided to do it.

These are some of the mysteries I’ve read since the first of the year.

Charlaine Harris wrote a new book–Sleep Like a Baby–in this series last fall. I had considered rereading some of the mysteries she wrote before she started writing the Sookie Stackhouse series.

A new book in the Aurora Teagarden series was impetus to start with that series. I own most of the paperbacks in this series and had bought the audio edition of the the first book–Real Murders–which I listened to last fall. I like the narration of this book. I didn’t really remember too much about Real Murders or A Bone to Pick even though I had read them years ago.

Real Murders revolves around Roe Teagarden’s membership in the Real Murders Club. The members are interested in true crime–especially historical cases. Each member tends to specialize in a particular murderer and murders. It’s great fun until the members of the club start dying. The deaths resemble the murders of some of their favorite murderers.

I don’t like true crime so I found their pastime morbid and icky. I did enjoy reading about Roe and the rest of the characters as well as the mystery.

In A Bone to Pick the Real Murders Club has disbanded and Roe inherits an estate from one of the former members of the club. Inheriting the estate isn’t all roses, however. Roe has many questions. She not only inherits her friend’s house and money, but everything in the house including a skull which was cleverly hidden. Why did her friend leave her all this money and the house? They weren’t that close. Why is the skull hidden in the house? Where is the rest of the body. Did her friend kill someone? Why did someone break into the house?

I like this series. Roe is an engaging character and I like the Southern vibe. (I don’t live in the South. If I lived there that vibe might irritate me!) I like the fact that Roe moves along in her life from the first book to the second book. She embraces the fact that she has inherited an estate and uses that to change things in her life. I also enjoy many of the other recurring characters in the book.

E-audiobook from the library, narrated by Clare Corbett

This book is mostly set in the north of England–in Blackpool–where Harry Nelson is from. Harry and his wife Michelle are there visiting their families. He also visits his old police friends and gets involved in their cases. He also realizes he and his old friends don’t have much in common anymore. It’s always hard to realize that you no longer understand old friends.

Ruth also travels north to investigate what might be King Arthur’s bones. One of Ruth’s old friends discovered the bones, but then died in a house fire. Cathbad comes along and helps take care of Ruth’s toddler daughter Kate. Of course, awkwardness occurs when Ruth and Kate accidentally meet up with Harry and Michelle Nelson.

I like the way Elly Griffiths ties the historical aspects of her books into the present day aspects. She makes them very relevant to her story.

This was a difficult book for me since children are in danger. I don’t like that kind of suspense very well. However, this is a good mystery and I did enjoy it. Still one of my favorite mystery series.

Trade paperback, purchased (bought in the Country Bookshelf in downtown Bozeman, Montana when we took our road trip last fall) 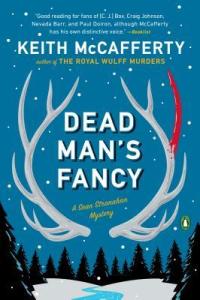 Sean is an interesting character. He’s originally from the Northeast, but moved to Montana after his marriage failed. He has discovered he fits in so much better than he did in the Northeast. He’s been a fly fisherman since he was a child and he did some private detective work where he lived before.

He’s also an artist so in Montana he sets up a studio where he paints, but also advertises his detective services. He gets a few cases as well as selling some paintings. He meets Sheriff Martha Ettinger during his first investigation–The Royal Wulff Murders. Martha shows up in all the books and the books have a police procedural vibe.

The books revolve around fly fishing and Montana. Each book is named after a named fly tie which has something to do with the murder. I like that aspect. The author is a wildlife writer for outdoor magazines and does a great job with not only the mysteries, but also with the fly fishing aspect of the books. I like reading about the outdoors and fishing. I grew up in Oregon and spent lots of time with my parents camping, hiking and fishing. Other people might not enjoy the fishing aspects of the books so much.

This book has lots of aspects to it. The tension between environmentalists and ranchers as well as wolf lovers and wolf haters. A woman searching for her missing sister. And just who was the missing woman? There are so many contradictions to her. Dead Man’s Fancy has lots of twists and turns which I enjoyed. It’s hard to know exactly what is important and what isn’t. 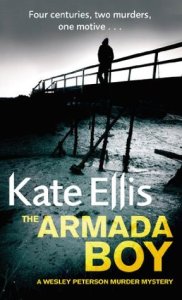 I recently reviewed the first book in this series–The Merchant’s House.

The mystery of the murder of a WWII American veteran keeps my interest and I find the detective team interesting.

I’m still not completely convinced yet about the archaeology aspects of these books. I do like the excerpts written by a character in this book at the beginning of each chapter talking about the “invasions” in this part of England which tie the Armada invasion with the WWII invasion of American soldiers. Even though the American were allies they completely disrupted life in this part of the world as  the Armada survivors might have done. The American allies weren’t always seen as a positive influence during or after WWII.

I really like the contemporary portions–the mystery and characters make for a good story. I’m looking forward to reading more books in this series.

Have you read any of these books? How did you like them?