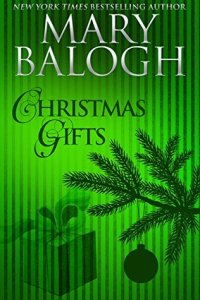 In “The Best Christmas Ever” a boisterous house party is in progress and all the children when asked are eager to tell what they want for Christmas. But one man feels sad, for his young child has not spoken since her mother died and he does not know if the gifts he has bought her will be what she really wants. Unknown to him, her one fervent wish is for a new mother for Christmas, and when she sees one of the guests she knows who that will be. But the lady concerned has an unhappy history with the child’s father.

In “The Porcelain Madonna” a gentleman becomes involved with helping an impoverished lady, who thinks of everyone’s happiness but her own. However, he has seen her gaze with longing at a porcelain madonna well beyond her means displayed in a shop window.

In “The Surprise Party” a man and woman who are antagonistic to each other find themselves landed with the care over Christmas of children who are related to each of them. They quarrel over which of them should undertake the task. It is not a happy situation until the children teach them the true meaning of Christmas, and of love, and they discover that they can do it together.

“The Best Christmas Ever”  — Rating: A

“The Porcelain Madonna”  — Rating: B+